Discover the 5 mistakes new importers make when they are importing products from China.

Don’t make the same mistakes! Get our free ebook:

First mistake importers make when importing products from China: Assuming that shipping by sea will be the cheapest option

A lot of new importers think they will save money if they ship by sea rather than air. On the surface it seems cheaper as importers usually pay around 60 cents/KG when shipping via sea, compared to the $7/KG when shipping by air courier.

Unfortunately what they don’t realize is that the reason it’s that cheap is because when shipping via sea, you ship via container, and you need to rent an entire container. They are very large and require you to be shipping hundreds of KGs to be making it worth your time.

If you are an Amazon private label seller, you are unlikely to have enough stock being shipped to fill a container by at least 60-70% so it will be cheaper to ship by air.

When shipping by air, you have two options:

Air courier is when you have your items shipped door-to-door. It is the easiest but the most expensive per KG (although in smaller quantities it is cheaper).

Air freight is when you have your items flown from one airport to the other. You will need to organize other additional services:

There are a lot of fixed fees with this which means it becomes cheaper to use air freight with larger quantities. To figure out which option will be cheaper for you, I recommend using Freightos.

In China, they use the Metric system and not the Imperial system. So be sure to use KGs instead of lbs and CM instead of inches. It’s important to remember that when working with Chinese suppliers that they expect you to work on their terms and their timeframes.

It can be frustrating, but it’s worth it for the cheap Chinese products you import!

When shipping by sea, you have two options:

Inexperienced importers fall for the trap of shipping with LCL because they see that the price are extremely cheap. What they don’t realize is that these LCL companies have special deals with the ports to charge you extremely high Destination Service Charges. The LCL companies then make their money in the form of a “rebate” which is essentially commissions/kickbacks.

Destination Service Charges are usually priced per-container and cost between $500-$1000 per container for ports in the USA. But when shipping by LCL you end up paying a high fee per cubic meters. It means that you often end up paying a fee comparable to shipping an entire container.

Don’t fall for this trap: If you can’t break even with FCL, then ship by air.

Fourth mistake importers make when importing products from China: not calculating the correct duties you will need to pay

When you import products from China, you will need to pay duties at the border. If you don’t calculate the correct rate you can get a shock if it comes back as more than you expected.

Duties can be a bit complicated to work out because there are a lot of variables. For example, if you imported woolen jackets, you need to consider which country the wool came from, as some countries (like Israel) have duty-free agreements over wool, which would reduce the duties you had to pay. On the other hand if synthetic fibres were used instead of pure wool, then your duty rates would be higher since there are higher duties applied to synthetic fibres within the USA.

To figure out what your duty rate is, find out what the HTS (Harmonized Tax System) code is for your item. To find this, ask your Chinese supplier as they will most likely know. You can then go through the HTS manual and find what the duty rate is for the HTS code of your products.

And finally – don’t be afraid to make mistakes. Through making mistakes you learn how to overcome them the next time and make even more money. Mistakes are apart of entrepreneurship. Learn from others – and learn from your own as well!

When I let go of what I am, I become what I might be
Lao Tzu
Plugin by: Web Hosting Reviews 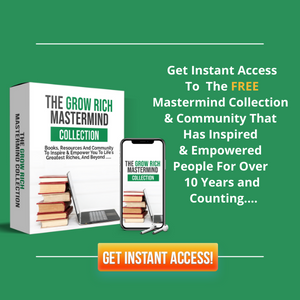